MEET THE MIGHTY MITOCHONDRIA, AND ITS RELATIONSHIP WITH HTMA & FUNCTIONAL MEDICINE

Previous Next
MEET THE MIGHTY MITOCHONDRIA, AND ITS RELATIONSHIP WITH HTMA & FUNCTIONAL MEDICINE

You may or may not have heard the word ‘Mitochondria’ or its many adjectives used to describe the mighty mitochondria itself.

The fact is whether you have or you haven’t, the mitochondria ARE actually all of the above and then some.

Did you know that we inherit our mitochondrial DNA from our mother & that they make up over half of our dry bodyweight. 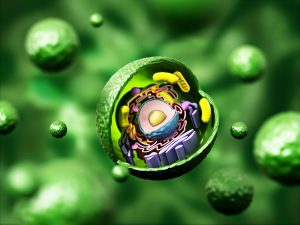 Let’s begin with probably one the most important & most familiar functional descriptions of all… “the powerhouses of the cell”. This refers to the parts of cells that turn the 3 macronutrients, carbohydrates, fats and proteins that we consume through food, into forms of chemical energy that the body can use to carry on living.

Every living thing is made up of trillions of cells. These are tiny tissue compartments contained by a cell membrane. Cells are actually the smallest things that exist that can reproduce all by themselves.

When we look inside cells, we see that they have sub-compartments that are even smaller still. These even tinier cells are known as “Organelles” which perform different functions that are essential for the cell to live.

These bean shaped Organelles are found in every cell of the human organism. It’s these that produce about 90% of the chemical energy that cells in the body need to survive.

The equation is simple…

No energy = no life!

The less effective the body becomes at producing energy by way of converting what food we consume into useable cellular energy, the less life we have ahead of us.

Another factor is making sure that the food or nutrients we consume are actually being processed and absorbed so that the nutrients can actually reach the mitochondria. Any infections or dysfunction in the digestive or GI system and you are getting malnourished by default.

This is why a big focus of the work i do in improving people’s health is focussed towards the restoration & generation of biochemical cellular energy, by working on the entire chain of body systems that play a role in this process. Body systems such as the endocrine system, the digestive & GI system, the detoxification systems, the metabolism & mitochondrial efficacy, as well as a balanced biochemistry.

Did you know there is over 200 known diseases that are known to be highly associated with poor mitochondrial function. In other words, where there is low energy, there is disease & illness.

I see this all the time on my clients HTMA charts. The people I work with all have unique cases and have been suffering with chronic health challenges for a long time but theres one very common denominator among all of them… LOW ENERGY or deranged & insufficient energy production.

We see this derangement within the main ratios on a HTMA which should represent homeostatic balances between the key minerals. The relationships between Ca/P, Ca/Mg, Na/K, Zn/Cu, Na/Mg, Fe/Cu ALL play a part in, and represent energy production and metabolism.

Other serious conditions that can occur from mitochondrial malfunction range from neurological & neuromuscular diseases such as MS, Alzheimer’s, Parkinson’s & hearing loss to autoimmune conditions such as Lupus & Rheumatoid Arthritis, to metabolic diseases such as diabetes, heart attacks, stroke, obesity & some forms of cancer.

Hopefully by now you are beginning to get an idea of the carnage that can occur when mitochondria go wrong. Serious diseases, and chronic health conditions are a common manifestation when this happens, which is all the more reason why finding the right trained professional to assist in helping you with your health challenges is paramount to ensure this doesn’t happen, or doesn’t progress.

It should be noted that mitochondria do way more than just produce energy. They also produce important chemicals that the body requires for other important purposes such as breaking down waste products into less harmful compounds, and then even go on to recycle some of those waste products to conserve energy for other jobs. In addition to this, mitochondria also help in cell repair, sex hormone production, cell signalling & cell growth.

Mitochondria also have a very unique role in pre programmed cell death referred to as ‘Apoptosis.’ This may sound strange that the body destroys its own cells, but this is vital for the processes of growth and development.

Sometimes cells don’t die when they should, and start to grow uncontrollably. This is how a tumour starts to grow, so it’s hardly surprising that mitochondria play an important part in the prevention of cancer within the body.

In order for the body to produce optimal amounts of energy within the cell, mitochondria must have oxygen. It’s no different to the engine of a car requiring oxygen in the cylinder in order to combust.

Oxygen is injected in the last 2 steps of electron transport in the Krebs Cycle where metabolically active Fe & Cu are required, in order for this to take place & allow combustion in the cell. This is known as “Oxidative Respiration”

It is only then that mitochondria can then burn food optimally in order to create chemical energy by a process called ‘oxidative phosphorylation’.

This is where oxygen & glucose gets converted to ATP & carbon dioxide; and where 90% of the free radicals are generated in the cells as ATP is made. It’s these free radicals that form part of the ‘mitochondrial free radical ageing theory’ in that if too many are made via oxidative stress: then these molecules damage parts of the cell, including the mitochondrion itself.

The good news is that science shows that we may be able to save mitochondria by increasing exercise, maintain good gut health, eating a high quality nutrient dense diet, and balancing vitamins, minerals & co factors.

Just like £’s are the capital currency of the United Kingdom; ATP is the energy currency of the body, and just as a fire goes out without oxygen, if mitochondria lack oxygen, they also stop working.

No energy = No life!

The cells in the body that contain the most mitochondria are muscle tissue, the liver, the kidney, the brain & the heart. The more energy a cell or organ needs, the more mitochondria they have.

To give you an example of the importance of oxygen & mitochondria is in sustaining life; when someone suffers a heart attack, or a stroke, the blood stops delivering oxygen to the heart and brain. As these two major organs are responsible for some of the most important functions within the body, they require a lot of energy to be able to do their job properly. Without oxygen, the mitochondria stop working, and the cells in the brain or heart are damaged or worse can even die.

Perversely, if the oxygen does return, then the mitochondria get overwhelmed and produce a lot of “free radicals”. These are very reactive chemicals which cause a lot of additional damage.

There’s no doubt that Mitochondria are central to our health & well-being. In addition to their main role in making the energy stored in food available to power our bodies, mitochondria are also central to how cells are put together and die, how they respond to infections and injury, and in the changes that lead to cancer and ageing.

Every body system I focus on when I work with clients has a direct part to play in this complex chain. You cannot address one system without addressing the others. This is why you hear me constantly going on about comprehensive functional lab testing to uncover all the factors that are contributing to the overall dysfunction.

Investing in your health is the best investment you can make.

If you’ve been suffering…be smart, find an expert, get tested and claim your life back.