FIGHT OR FLIGHT 101 “The origins of our stress response system”

This weeks article is one of a number of articles that I’m in middle of writing, as part of “the science of stress” series, that I’ll be publishing over the forthcoming weeks.

Relatively speaking, we’ve only really just begun to explore and truly appreciate the prevailing force we know as stress and it’s impacts on human health & wellness. For years people have freely thrown around the word ‘stress’ or overused the term ‘I’m stressed out’ without fully understanding what the true essence of the word means or stands for. Stress is a subject so vital and compelling that I wanted to cover a number of areas relating to stress in depth over a number of independent articles. I’ve dedicated this particular article in the series by providing a deeper understanding of the ‘fight-or-flight’ phenomenon and how it can go awry, the positive attributes of stress, and the downstream effect of chronic stress on our bodies. 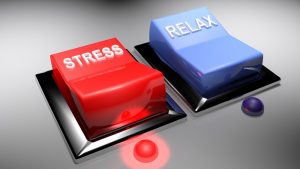 Over a century ago Dr Walter Cannon identified the term “fight-or-flight,” a descriptive term which is still apt today. Now, originally, the term “stress” was meant to describe anything causing a disruption in our internal balance. Since for every action there is an equal and opposite reaction, and disruption of balance leads to an instinctive need to rebalance. A term to describe this is homeostasis (a stable state of physical & chemical conditions that maintain internal equilibrium) which I’ve written about at length in previous articles, and will probably revisit to add context to some of my forthcoming new content. The re-balancing act involves either defending your position (fight) or changing your surroundings (flight).

Historically, this response has proven essential as humans (and other animals) were obliged to deal with potential impending doom in a moments notice. To illustrate this point, allow me to go back in time 10,000 years. Now, picture yourself as a caveman (or woman) sitting around an open fire, roasting a piece of meat for your dinner that you caught earlier. Then you hear a noise,  glance over your shoulder and spot a large snarling animal eyeing up your food. Intermittent danger! Within a nanosecond your brain perceives the stress and signals the adrenal glands to produce adrenaline, noradrenaline, and cortisol – the stress hormones. These hormones are quickly shuttled through the body to various target tissue receptor sites, resulting in your heart beating faster, your blood pressure rising, your body stand more erect, and your jaw and fists clench up. Back then, instinct only allowed two choices… “Fight-or-flight”. Times and intellect have clearly affected the way we now think, perceive, and behave, and this is only complicated or otherwise rudimentary stress response. Cave people didn’t need to worry about who is going to pick the children up from school or if their boss is going to fire them before the holidays.

Unlike our cave-dwelling counterparts, we have far more sophisticated worries – we must now decide whether to stand our ground and physically or verbally hash it out, or whether to use the same burst of anxious energy to get out of/or deal with a physically or mentally dangerous situation. We endure stress in our jobs, in our relationships, and in our environments that were not in existence thousands of years ago. But, regardless of the type of stress, the physical, or should I say ‘biochemical response’ has always remained the same. That initial shock or burst of stress – the “adrenaline surge” – Is the very same hormonal reaction that occurs when your boss comes barging into your office unhappy with the report you just turned in or when you nearly crash into the car in front of you because you’re too busy checking your mobile phone.

By design, our body has the ability to protect itself from short-term stress with the built-in conditioning of a fight-or-flight response. That gives us, say, 30 minutes or so, to deal with a stressful situation. Unfortunately, the torment of many of our modern stresses is not short and sweet but rather long, painful, and repetitive. And although our bodies do a phenomenal job keeping us alive under the influence of chronic stress, we still endure the collateral ‘wear & tear’ that stress leaves in its wake.

One of the things that makes humans unique is the fact that we all feel & exhibit emotions differently even in the same situation. The same thing occurs with forms of stress. One person stressful situation is another persons exciting challenge.

Various factors influence the activity of the stress response system. One of them being age. Ageing brings about the gradual deterioration of all organs and systems including those involved in the stress response. This is due to the ‘wear & tear’ of life. Some people age faster than others both physically, mentally & even on a cellular level based on their lifestyle choices. Consequently HPA axis dysfunction is more common as we age, although I’m seeing patients in their late teens & early 20’s who have severe HPA axis dysfunction, and everything else that accompanies that.

Another factor is gender. Many studies have shown that women have more HPA axis dysfunction than do men, which I see working in functional medicine practice. I’d say 80% of my patients are women, and the vast majority have varying degrees of adrenal/hormonal disorders. One common factor in women is the decline in estrogen secretion after the menopause. When the ovaries no longer produce estradiol, it places a greater demand on the HPA axis & the hormonal cascade to ‘pick up the slack’ so to speak. I’m seeing more & more young female patients in their early 20’s who’s female sex hormone levels are practically non-existent under extreme levels or internal & external stress, and have depleted adrenal reserve.

However, before you get all “stressed out” about stress, please realise that it’s not all doom & gloom. The complete absence of stress is not healthy either. A certain degree of stress is essential in allowing us to reach our full physical and mental potential. Good stress in the short term can actually improve our performance and productivity. As a example, think about when you go to the gym and lift weights. This is actually an induced form of stress on the body. You are lifting heavy loads and placing stress on the muscular system as well as the nervous system. However this short exposure to stress, providing it is followed up by sufficient post workout nutrition, rest, and recovery; the net result is that the micro-tears (muscle damage) that occurred as a result of placing mechanical tension & metabolic stress on the muscles have resulted in the adaptive growth of new lean muscle tissue thus increasing size & strength, as well an increase in metabolic rate as more muscle tissue = a higher metabolic rate/number of calories to maintain the new tissue. The cherry on the cake is the stimulus of stress on the central nervous system (CNS) has primed it to respond to fire the muscles to contract more efficiently when under load during future workouts. This is one clear example of how short bursts of stress is beneficial to our bodies adapting positively.

The opposite of stress is distress – a word we typically use to describe negative types of stress such as divorce, loss of a loved one, or financial constraints. Conversely, “eustress” a term coined by the father of stress Dr Hans Selye in 1975 (due to his body of scientific research & discoveries behind the stress response mechanism) is the optimal form of stress, usually related to desirable events in persons life.

Eustress gives us meaning and purpose. You could said it keeps us goal-oriented and focussed on a greater good. Pushing yourself to achieve at work to either get a bonus, or win and award qualify as types of eustress. The effects of both eustress, and distress are cumulative and can be equally taxing on the body. The net result ultimately depends upon a persons perception and ability to adapt to the change that has caused the stress. Despite how advanced the human body is; it cannot physically tell the difference between stress & eustress.

As such, numerous other influences such as our upbringing, our beliefs, our perceptions, and our personalities are all vital in determining the net outcome. In addition to this; individuals with low adrenal/metabolic reserves, as well as neurotransmitter & hormone imbalances tend to respond to, process, manage, handle, and recover from stressors less effectively.

So, we’ve established that stress is multifaceted and can even be of benefit if managed correctly. However, the negative aspects of stress are undoubtedly, so rampant and insidious that they can crop up daily for many people around the world – making the need for knowledge much more important.

I want to share with you some of the physiological changes that occur in the body when the stress response mechanism is engaged. First, the stimulus reaches the hypothalamus which signals the adrenals glands to crank out cortisol so that your body has everything it needs in the form of fuel, focus, and endurance to flee… But what about three hours, three days, or even 3 weeks later when whatever the underlying signals of stress are that are triggering the a chronic stress response happen is still present and left unaddressed? The best way to answer that question is by reverse-engineer the problem, by reviewing the functions of the body’s master stress hormone – cortisol.

Clearly, these adaptive responses are beneficial in the short term. But what we can expect with the hormone initially designed to protect us from imminent death eventually becomes the cause in the long run? Well, in simple terms it ends up working against us. The research on stress-mediated diseases today is very clear. Diabetes, high blood pressure, cardiovascular  disease, stroke, cancers of all types, infertility, obesity, metabolic syndrome, inflammation, mood disorders, osteoporosis, autoimmunity, and IBS are just a handful of the diseases you can potentially look forward to developing if the body remains in a chronic state of stress.

A good place to start when trying to reduce your overall stress load is to evaluate the stress signals in your own life. Identify what brings pleasure, and what brings pain, and make changes to the things you can influence, and try not to ‘stress’ about the things you can’t influence. One thing to bare in mind is that if sub-clinical dysfunctions & disorders are not identified & addressed, the body will be locked into a perpetual state of chronic stress which ultimately results in a breakdown in health & lack of functional wellness,

If you feel like your body is constantly stuck in in a state of “fight-or-flight”, or are suffering with other health issues, and would like to work with someone to help you identify & address your underlying causes using Functional Medicine, feel free to book a free 30 minute consultation to assess whether we can help.