DYSBIOSIS 101 “When the weak become strong, because the strong become weak”

Previous Next
DYSBIOSIS 101 “When the weak become strong, because the strong become weak”

Dysbiosis is one very common underlying issue that I regularly deal with in clinical practice, which in the majority of cases is accompanied by other weaknesses, disorders & dysfunctions. Dysbiotic signals feed into the bio-electric cellular circuitry of the body to form part of the equation or sum of sub-optimal health in a number of individuals i work with who come to me with suffering with health issues. Dysbiosis can effect the body biologically, biochemically, immunologically, psychologically & physiologically. 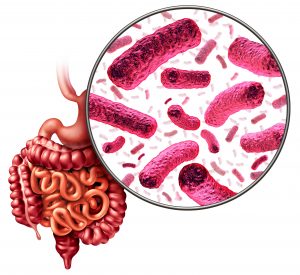 I’d say at least 80% of all the patients whom I’ve helped improve their health over the years have had some form of dysbiosis as part of the dysfunctional load that was contributing to their health problems. Ive even had occasions where some patients that were suffering terribly health-wise had their initial GI tests come pretty back clean, with no infections detected, but to the trained eye, when assessing the clinical context surrounding the situation alongside other lab data, the clues were there, and once targeted interventions were made, low and behold, the infections that were deep & hidden were finally exposed.

The amount of new patients that tell me how they have done gut cleanse after gut cleanse; with most reporting feeling terrible during the process, and while few experienced some temporary relief; it was all very short-lived as almost all of them found that within a month or two, all their symptoms returned. When you’ve been battling say a yeast infection for over 10 years, and have consistently been taking rounds & rounds of either antibiotics or even natural herbal or botanical compounds to try to control the overgrowth to no avail, you have to ask yourself the question why isn’t this resolving, and why aren’t I getting my health back? A lot of people are under the illusion that these things just randomly pop up like a weed in the garden; you just rip it out, and the garden looks beautiful again. Much like a doctor cutting out your thyroid gland because a patient has thyroid symptoms, without assessing the underlying mechanisms that are causing the dysfunction. Wouldn’t that be great if that was actually the reality. Sadly, it’s far from reality.

The concept of dysbiosis is not complicated to understand. There is an enormous ecosystem or ‘community’ of microorganisms in the gastrointestinal tract. Simply put, dysbiosis is the disharmony caused when the balance of this community is disrupted or disturbed, causing an alteration in the number of types of organisms that inhabit it. Much like a family of unsavoury characters moving into your street, unsettling the neighbours & causing trouble.

Now for the ecosystem to change, the biological architecture has often been effected, or physiologically changed, altered or damaged. This then weakens body systems & their function, which then allows problems to occur, and symptoms to manifest. Remember, symptoms are an outward expression of inward dysfunction that can be caused by internal or external signals that effect our mind & how we perceive events. Signals can also be what enters our body, the lifestyles we live, and our environment. Dysbiosis is the polar opposite relationship to a normal symbiotic one in which both the host and microbes benefit from their relationship.

Even though functionally the body is dynamic – health is all about homeostasis or balance. The same principle applies whether it be in relation to the autonomic nervous system (ANS), branches of the immune system, or the intestinal flora… imbalance often equals disease.

I’ve written at length in some of my previous articles about how the human body is made up of a substantial larger amount of bacteria than human cellular tissue. For every gram of faeces, there is as many as a hundred billion microbial cells present in your freshly laid poop.

The most abundant microflora that resides in the colon, or large bowel are anaerobic bacteria – meaning they live without oxygen. This is followed by aerobic bacteria bacteria – meaning, they live only in the presence of oxygen such as yeast & Protozoa. These bacteria live on the mucosal surface of the small intestine and colon, and also in the lumen (the inside of the colon itself) in either symbiotic or antagonistic relationships, where they tend to feed off fermented carbohydrates from forms of dietary fibre, and simple sugars.

Intestinal bacteria are made of 3 basic types. The majority of bacteria in a healthy digestive tract are probiotic, meaning they are ‘good’ or ‘friendly’ types of bacteria. Some examples of probiotic bacteria are Biffidobacteria spp., Lactobacillus spp., (L.acidophilus, L.rhamnosus, L.bifidus, L.casei, and L.plantarum). Probiotic bacteria live in harmony with the intestinal tract by assisting in the breakdown and absorption of nutrients, manufacturing vitamins for the body to use, and by detoxifying substances in the gut. We allow them to inhabit us because they provide both nutritional & digestive benefits, as well as manufacturing antibiotics such as acidophilin, which or effective against many types of bacteria including Streptococcus & Staphylococcus. Friendly flora play an important role in the human hosts ability to fight infections, providing front-line immune defence.

The second type of bacteria that resides in the gastrointestinal tract are the ‘commensals’ which are considered neutral bacteria meaning they neither help, nor harm the body.

The third type of bacteria is the ‘unfriendly’ or ‘harmful’ type that can cause illness & disease. Every week I help remove, control & manage all kinds of gastrointestinal infections in patients in practice, but only at the right time, & only when the body is ready & able for the treatment to be successful. Pathogenic bacteria, yeast, viruses such as various strains of Clostridia, H.Pylori, Invasive Candida, Blastocystis, Giardia, Klebsiella, Citrobacter, Proteus, EBV to name just a few.

The ecosystem within the intestine – like the body – is dynamic. It changes constantly in response to variables in the environment, within the host, and among the presence of other microbes. There are a variety of influences that effect the intestinal microflora.

Dysbiosis most often involves the over-colonisation of intestinal flora that can be harmful to the body and when it occurs in the small intestine it results in ‘fermentation’ which in the Functional Medicine world means faulty digestion of carbohydrates that results in gasses, sugars and alcohol being produced; very much like the process of making alcoholic drinks of which alcohol is classed as a poison to the body… interesting eh?

Further downstream in the large intestine, or colon as it’s its commonly known, dysbiosis results in putrefactive faulty digestion of fats and animal protein that also results in gases, sugars and alcohols.  Regardless of location – both forms of dysbiosis can result in metabolic toxicity.

Bacterial & yeast overgrowth in the upper gastrointestinal tract interferes with carbohydrate digestion, partially by destruction of pancreatic & intestinal enzymes required for digestion. These partially indigested carbohydrates enter the large large intestine, where bacteria & yeast feed on them & produce gasses. This fermentation results in abdominal distention, bloating & has. Some of the metabolic by-products of carbohydrate metabolism include ethanol & D-lactic acid, which are absorbed systemically. Ethanol, being an alcohol can cause mental cloudiness & fatigue, like a metabolic intoxication as it alters the normal, preferred detoxification process. D-lactic acid can decrease the local pH in cells, leading to disruptions in cellular metabolism and elevations of lactate levels in the blood. An increase in lactic acid in the cells means less energy. Think of when you’ve been in the gym intensely lifting weights, you are 10 reps in @ 80% of your one rep max and you start to feel the acidic burn in the target muscle almost forcing you to stop. This sensation is lactic acid building up in the cells of the target muscle. As the burn increases, the amount of available force/energy decreases resulting in the set failing. Although this is a normal mechanism of anaerobic Hypertrophy training – this mechanism is the same net result that occurs with D-lactate elevations, which have a detrimental effect on net energy output.

Elevated lactate levels can be linked to severe candida imbalances, anxiety disorders, and fibromyalgia. Damage to the intestinal mucosa increases intestinal permeability, and malabsorption are other complications associated with fermentation.

Typically dysbiosis ends up resulting in a deficiency of beneficial bacterial flora, which is a problem for several reasons. First we alluded to, in the absence of probiotics, unwanted microbes are able to grow unchecked. Second, and imbalance of Intestinal flora can lead to depletion of essential nutrients. A healthy intestinal ecology has important functions of its own, without which the body cannot operate efficiently. Bacteria synthesise vitamin K, Estrogen, and some B vitamins, as well as help form the short chain fatty acids (SCFA’S) butyrate & acetic acid. Butyrate helps to maintain the intestinal lining, and along with acetic acid helps lower cholesterol. Some bacteria improve lactose digestion, and help process environmental & metabolic toxins. Lastly, these probiotic flora help to keep the metabolism of hormones, such as estrogen, on track. Also they help guide genetic expression of the cells of the intestine, making a significant impact on the blueprint for future cells that will line the intestine.

Carbohydrate or it’s reduced substrate ‘glucose’ is the muscles & brain’s number one fuel of choice before it has to go into ‘catabolic mode’ and start to break down other functional tissues to release amino acids for perceived ‘emergency fuel’. If the carbohydrate step is negatively effected, or impaired, fat cannot be burned as fuel substrate.

Although what I’m about to say goes scientifically deeper; the faulty metabolic step in the handling of carbohydrates is a mechanism how individuals who have developed ‘insulin resistance’ –  a metabolic disorder that prevents fuel reaching or entering the cells of the mitochondria where it required to start the cycles of energy production; does not have the hormonal key that is ‘insulin’ to open the door of the cell membrane which means it ends up being pulled out of the blood & stuffed into fat cells, as a protective mechanism, which increases adipose tissue (ie – belly fat, love handles, saddle bags etc)

There was a saying when doing my BSc in metabolic biochemistry that ‘fats burn in the flame of carbohydrates’. In other words, carbohydrate metabolism is the first macronutrient to get the Krebs cycle in motion before fat can be accessed & burned as a fuel source. Think of carbohydrates like the key to the engine. For fats & proteins to be correctly metabolised within the Krebs cycle (the cellular energy cycle of the body) carbohydrates need to ignite or initiate the process for the 3 macronutrients to be converted to the substrate ‘Acetyl-Co-A’ which a major chemical step that – providing all is well – that provides the signal that eventually goes on to generate the maximum amount of ATP (the ultimate biochemical energy currency of the body).

I could continue writing at length about this topic as it’s one big piece of my Functional Medicine work, and an area of science I’ve studied & worked in for for years, but I’ll park it here for now and continue another day.

In my next article I’ll go into more specific detail about some of the insidious forms of dysbiotic organisms that inhabit the mucous membranes of the body, including the gastrointestinal lining, the urinary tract, sinus cavity, and the vagina.

Thank you for your attention

If you have been suffering will ill health for longer then you feel you deserve, and are looking for somebody to coach & guide you towards functional wellness – feel free to book a free 30 minute no-obligation consultation so we can have a chat to see if we are the right fit to work together.