I wanted to follow up on my recent article I wrote on the the importance & integrity of our immune system as it’s a big part of the work that I do. I thought I’d go a little deeper and talk about allergies; why they occur and how they can link into different areas of the body.

Every mucosal surface within our body is colonized by a very distinct group of “microbes” which are microscopic living cells that are either singular, or form part of a colony. These tiny living microbes help protect your gut, lungs, and nasal passages, by teaching the immune system to tolerate dietary proteins and other harmless allergens in the environment. 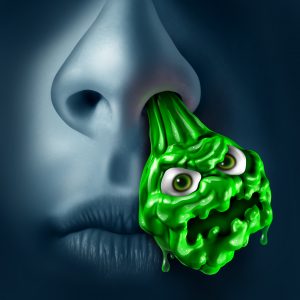 Think of this biological system like the bouncer standing outside of the nightclub, preventing any trouble makers entering the club causing potential problems.

The “microbiota” is a term that describes the vast community of microbes that reside in our GI ecosystem. It’s this community of bugs, both beneficial & non-beneficial that is a rapidly growing field of research that i myself have been studying on a deep level for the best part of 10 years. Any disruption of the microbiota, or “dysbiosis,” which is a term to sum up an unfavourable imbalance within the bacterial colonies, can be a major player in many chronic diseases.

Every week I study a number of clients functional lab results, and not only do see biochemical, hormonal, mitochondrial & endocrinological derangement, but it’s common place to see multiple layers of GI dysfunction. The majority of these individuals suffer with various allergies & intolerances which are having a negative impact on their quality of life.

Any impairment in these systems disrupts the body’s immune system, thus increasing the risk & susceptibility for allergic reactions & potentially leading to a multitude of chronic health conditions & disease as the immune system gets depleted.

These allergies are not just things like asthma or hay fever; as one might think; but allergies or reactions to all kinds of foods, supplements, vitamins, minerals, cosmetics and other substances that the individual wasn’t allergic to in the past. Avoiding the allergic food, or substance in question is one possible answer, however, avoidance is often not practical, or even possible, and does not help identify the primary cause.

One member of the endocrine family you hear me reference a lot that plays a pivotal role in mitigating & managing an allergic response is adrenal glands. These glands produce a variety of hormones, including cortisol, which is an anti-inflammatory hormone, which normally serves to prevent allergic reactions.

Normally, when one is exposed to an irritating substance, the body increases its production of these anti-inflammatory corticoid hormones which aims to prevent an allergic response from occurring.

In a lot of cases, individuals suffer from allergies because they are not producing adequate amounts of these hormones. The problem is often exasperated when the one is fatigued, or under high levels of stress.

The adrenal glands require certain nutrients & specific amino acids, to function optimally. Deficiency, or imbalance of these essential nutrients, or presence of any toxic substances which block normal physiological functioning, interfere with the synthesis and adequate secretion of the adrenal hormones. If a person has a particularly stressful lifestyle, a requirement of these essential nutrients is increased.

Another common example I see on new client questionnaire’s in individuals suffering with allergies, is excessive antibiotic use, cesarean birth, and being formula fed as an infant which are all associated with increased susceptibility to asthma, allergies & general health problems or other negative health manifestations later in life.

Overuse of antibiotics deplete the livers storage of copper, which the body relies on as its most potent anti-bacterial, anti-fungal agent, which brings oxygen to the cells of the mitochondria. Antibiotics also reduce the numbers of beneficial flora; who’s job it is to protect the host; which in a lot of individuals are already low. This all contributes to an anaerobic cellular environment, and an alkaline GI environment which is the ideal terrain for pathogenic activity to thrive.

When a baby doesn’t get to pass through the mothers birth canal like they would in a natural birth; due to a c-section delivery; it does not get exposed to the mothers microbiome which means the infant begins its life, immune-compromised and is often prone to infections & illnesses early on & throughout its life. Not getting vital colostrum rich breast milk from birth, also impairs the development & diversity of the microbiota in the newborn.

In my experience, based on the various tests I run, I see a lot of adults and especially children with allergies, that tend to have an increased abundance of Staphylococcus, Clostridium, and Escherichia species, while numbers of Lactobacillus and Bifidobacteria are significantly reduced compared to individuals without allergy issues.

Getting exposure to a diverse array of microbes early in life “trains” our immune system, teaching it which substances in the environment are harmful “pathogenic microbes” and which ones are harmless “friendly microbes,” dietary proteins, and many environmental allergens. We’ll see next that the mucosal environment in the gut and lungs is crucial to this “education” of the immune system.

Food allergies have almost become an epidemic in our today’s modern world. Whereas a food allergy was considered an anomaly just a decade or 2 ago, it is documented that today around one in 15 children in the US alone suffers from a life-threatening anaphylactic food allergy.

This figure does not include those with celiac disease, non-celiac gluten sensitivity, lactose intolerance, or any other type of food intolerance.

Food allergy reactions are a temporary warning sign that serve to keep us away from foods that would tend to unbalance our body chemistry.

Some people who consult with me, have been eating eating the same 4 different foods every single day for months, as they are so allergic to everything else. Not only is this ridiculously impractical, but it’s unsustainable, and making them even more malnourished as a result.

As the major site of dietary absorption and the home to at least 75 percent of our body’s immune cells, it makes sense why the entire gastrointestinal system is a key player & an area of focus in me uncovering the pathology of food allergies.

The gut is lined with millions of epithelial cells that are responsible for maintaining a barrier between your gut contents (the intestinal lumen) and your bloodstream. In a healthy gut, small nutrients are absorbed, leaving large dietary proteins unable to cross this barrier and enter the bloodstream as a protective mechanism.

When the intestinal barrier becomes compromised, causing what’s commonly known as “leaky gut” syndrome, these large dietary proteins are able to enter the blood, un-vetted, causing an up regulated immune response, which produce symptoms characteristic of various allergic reactions; which in some cases can be fatal.

This brings me nicely into Histamine, which is an extremely important compound in the body. It acts as a neurotransmitter and regulates production of stomach acid, blood vessel permeability, and contraction of skeletal muscle. It’s also a major component of the immune response and thus a key mediator in allergic reactions.

While we all need a certain amount of histamine for proper physiological function, some people have a condition called histamine intolerance, in which they produce excess histamine and/or have a deficiency in diamine oxidase, the enzyme that breaks it down. This leads to a number of allergic type reactions. The amount of histamine produced in an individual gives us an indication of whether they are classed as an over or under-methylator.

Many microbes that reside in the human gut are capable of producing histamine. It’s these microbes that produce an enzyme called histidine decarboxylase, which converts the histidine present in various proteins into histamine. The more of these microbes you have, and the more histidine you consume, the higher the amount of histamine that can be produced in your gut. Histamine can be then be absorbed by epithelial cells and traffic to various sites of the body, exacerbating allergic symptoms.

It is possible to identify an excessive histamine-caused allergy on a HTMA. These individuals often have below normal levels of Ca & Mg, specifically in relationship to their Na & K levels, which are often markedly elevated above considered normal values. In many cases, the ratio of Na to K is also low, indicating being in an increased state of catabolism, with a resultant increase in histamine levels.

This excessive activity of the adrenal glands, due to stress, results in Ca, Mg and Zn deficiency, which further contributes to excessively high histamine levels, and increased cell permeability. Zn is required to store histamine. A deficiency of Zn results in a release of histamines into the surrounding tissue fluids.

The toxic metal Cd can displace the essential mineral Zn in many critical enzyme systems when Zn is deficient.

Zn is a CNS stabiliser, a sedative, essential for protein synthesis and normal functioning of the adrenal glands. Therefore, Cd toxicity can contribute to allergies by destabilizing the autonomic nervous system and by impairing hormonal secretions of the adrenal and pituitary glands.

One common sign I see when it comes to allergies; other then GI dysfunction; is adrenal gland & hormone dysfunction, as the exhausted glands simply cannot provide sufficient cortical hormones required to prevent allergic reactions. The derangement in these body systems support the cycle in keeping them in their deranged state. This then weakens various branches of the immune system.

A common mineral pattern I see on a HTMA when a person is suffering with allergies can be when Na & K levels are below 6 mg% & 4 mg% respectively. Other possible indicators of allergies are a low Na/K ratio, a low Na/Mg, a high Ca/Mg, or a high Cu level as these are all signs of severe adrenal exhaustion.

Very often, in order to correct a chronic allergy, it is necessary to assess the entire person as a whole, by comprehensively testing with functional lab testing.

Its only then we have all the data that we can intelligently design a health restoration plan to correct the underlying layers of dysfunction we see that’s often at the root of the problem.

That means addressing all body systems at once, otherwise all are doing is relieving symptoms, meaning the actual causes of the allergies will never be permanently eliminated.

If you’ve suffered with allergies & sensitivities for way too long, or have other health challenges that you want to see the back of… why not book a free 30 minute consultation to discuss your biochemically individual case & discuss how we may be able to move you towards better health.