THYROID FUNCTION FAILS 101 “The collateral damage that occurs in hypothyroidism”

I often describe the body as one big bio-electrical circuit, made up various components (organs, glands, cells) that are all interconnected either directly, or indirectly. Signals that feed into the circuitry of the body can either enhance or interrupt the normal flow of operation which end up either having a positive or negative effect on the net outcome of bodily function and ultimately dictate or influence the health & wellness of the human host. These signals can come from internal or external sources, or be influenced by lifestyle choices. 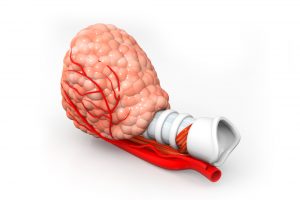 The thyroid gland itself is one of number of highly important glandular components that requires specific signalling in order to function optimally and keep us healthy. On the flip side, like with other important components, the wrong kinds of signals can interfere with normal function. Signals can include failed enzymatic reactions, metabolic disturbances, overactive immune system signals, missing nutrient co-factors, stress signals, dysfunctions circadian signals, toxicity signals, poor food choices, food allergies & intolerances, dysfunctional signals coming from other body system components… the list goes on.

Because body-systems are interconnected in terms of their working relationships, and the overall function of the body – when thyroid function is impaired, it has a knock-on effect on many other components that are part of other body-systems, thats if they haven’t been effected already. Systems that are effected such as the digestive system, the hormonal system, the detoxification system can all be feeding the wrong kinds of signals into the overall circuit of dysfunction which reinforce the problem. This can seem like a vicious cycle.

In instances like this, the conventional medical approach has always been to treat the thyroid directly with drugs or synthetic hormone replacement with the hope that the other systems that have been effected will normalise too. That may work if the thyroid hormones are truly needed, but frequently they are inappropriately prescribed, and in a lot of cases that I see in practice, causing more harm than good in the long run. In my experience, most people’s thyroid conditions are a result of other underlying dysfunctions, where physiological damage has occurred that’s weakened body systems and producing symptoms.

In this article I wanted to try a slightly different format to normal that is more like a factual review of the many jobs the thyroid performs, and why undiagnosed hypothyroidism can have many repercussions in other areas of the body. Below I’ve broken down some of the functions that come under the glands influence that I often see in Functional Medicine practice:

This list is by no means exhaustive, but I had to draw the line somewhere so as to not go on all day. Hopefully it’s given you some food for thought if you are suffering with these kind of symptoms, or have already been diagnosed.

For those that are looking to work with an experienced Functional Medicine Practitioner to help them intelligently assess, address and restore functional wellness then feel free to book a free 30 minute consult with me in order to see if we are the right fit to work together.

Thanks for your attention